I’m sure many of you have heard about this mammoth sized mobile gadget store opening along the Federal Highway by now. Many of you may have catch a glimpse of this building while driving along the highway as well. DirectD, the well known telecommunication and mobile phone distributor has opened their 6th outlet on 30th March 2015 to reshape and redefine the shopping experience for mobile devices.

I have been going and referring to DirectD for as long as I can remember back in 2013 when I want to make any mobile phone purchases. No doubt, their prices are cheaper than normal retail price, which is why people are flocking the outlet by the hundreds on daily basis. 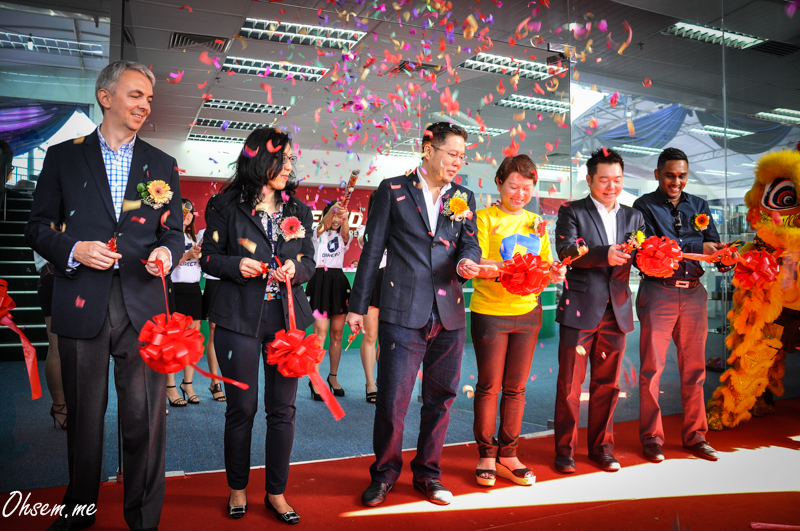 The grand opening of the mega store was a huge event. I would say, it opened with a bang. Traditional Lion Dance after the ribbon cutting ceremony by the invited VIPs, and the grand tour for the media soon after.

So what’s on display here? Most of the major international brands like Acer, Apple, Asus, HTC, Huawei, Intel, Lenovo, LG, Meizu, Microsoft (and 365), Samsung, Sony and Xiaomi are displayed on the table for you to play with. There are hundreds of devices available. And that’s only on the ground floor. 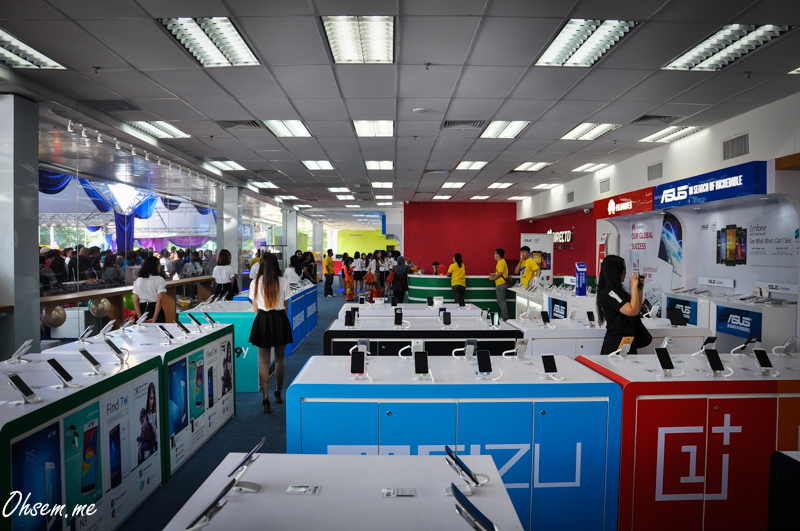 You can tell from the picture that the place is indeed, huge. You will feel like a little boy in a candy store if you’re a tech geek (like me). 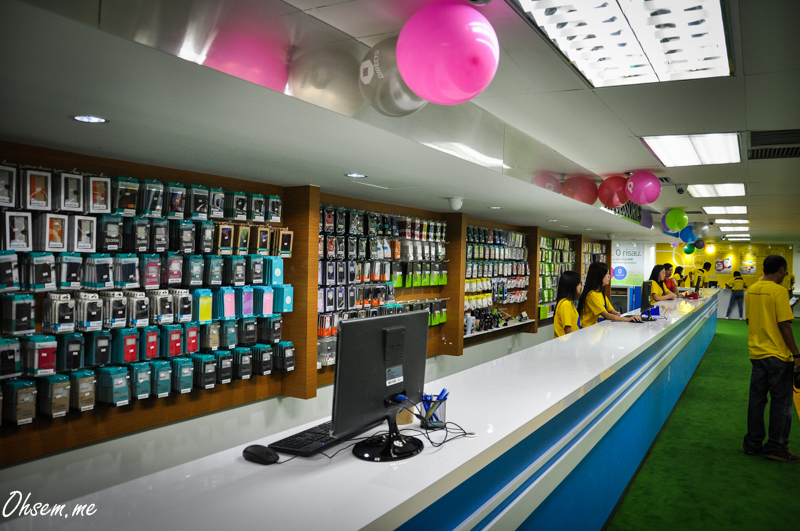 On the second floor, you have a wide selection of more than 1,000 different types of accessories to choose from. They even have a service centre, payment counters, credit facilities and other telecommunication services by Maxis, DiGi and U-Mobile. Oh, and the whole building has free WiFi for you to use…anytime.

The new DirectD Gadget Mega Store will be an iconic landmark that reshapes the way consumers shop for their desired mobile devices and accessories – Esther Kwan, Group Financial Officer.

I had a great time “playing” around with the phones on display. Like I said, I too felt like a small boy in a candy store. I can’t keep my hands off from at least touching the displayed phones.

And when the door finally opens to the public, they all came flocking in. There were at least 200 people waiting outside wanting to check the place out. At least for a good half an hour or so, I get to roam the building before the crowd came in. This I have to thank DirectD for inviting me as a media guest. 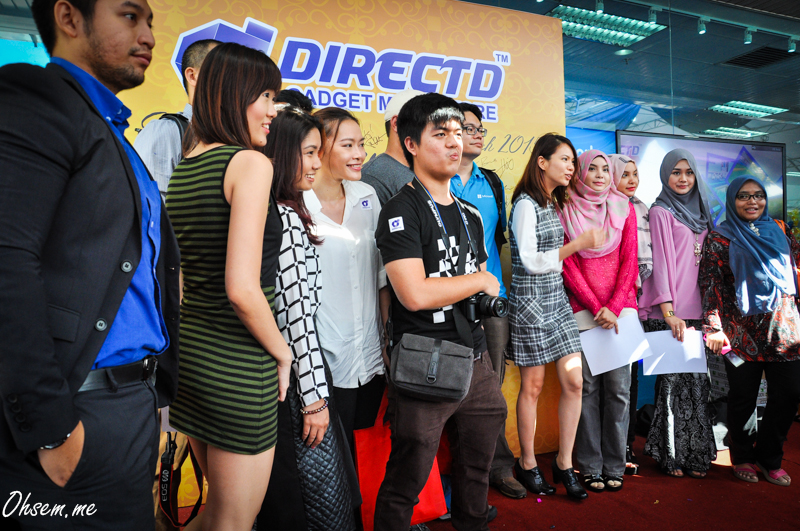 Some of the other bloggers were there to witness the opening ceremony as well. I only know three of them such as Eric Lee, Vernon and Caroline. Sorry Vernon, can’t really see you in this photo bro. Blocked by the cute amoy in green striped dress.

So there you have it. The grand opening of a well-known gadget shop along the Federal Highway. Their shop in SS15 Subang Jaya is still operational of course. With 4 shop lots (plus one upper floor) available now, you can still get your gadgets whenever you’re in Subang Jaya.

Meanwhile, do visit the new mega store. I’m sure you won’t be disappointed.

Ohsem.me is where I share my thoughts and updates on technology, gadgets, lifestyles and sometimes food. Been blogging for more than 10 years and I don't think I'll ever stop. Subscribe to this site for latest updates on tech and food reviews. Don't worry, I won't spam you.